Which coin can show the biggest price growth at the current bounce back? - Trending Cryptocurrency News | Crypto News Today

Which coin can show the biggest price growth at the current bounce back?


Even though Thursday has begun with a correction, bulls could seize the initiative. As a result, the majority of the top 10 coins are in the red zone. 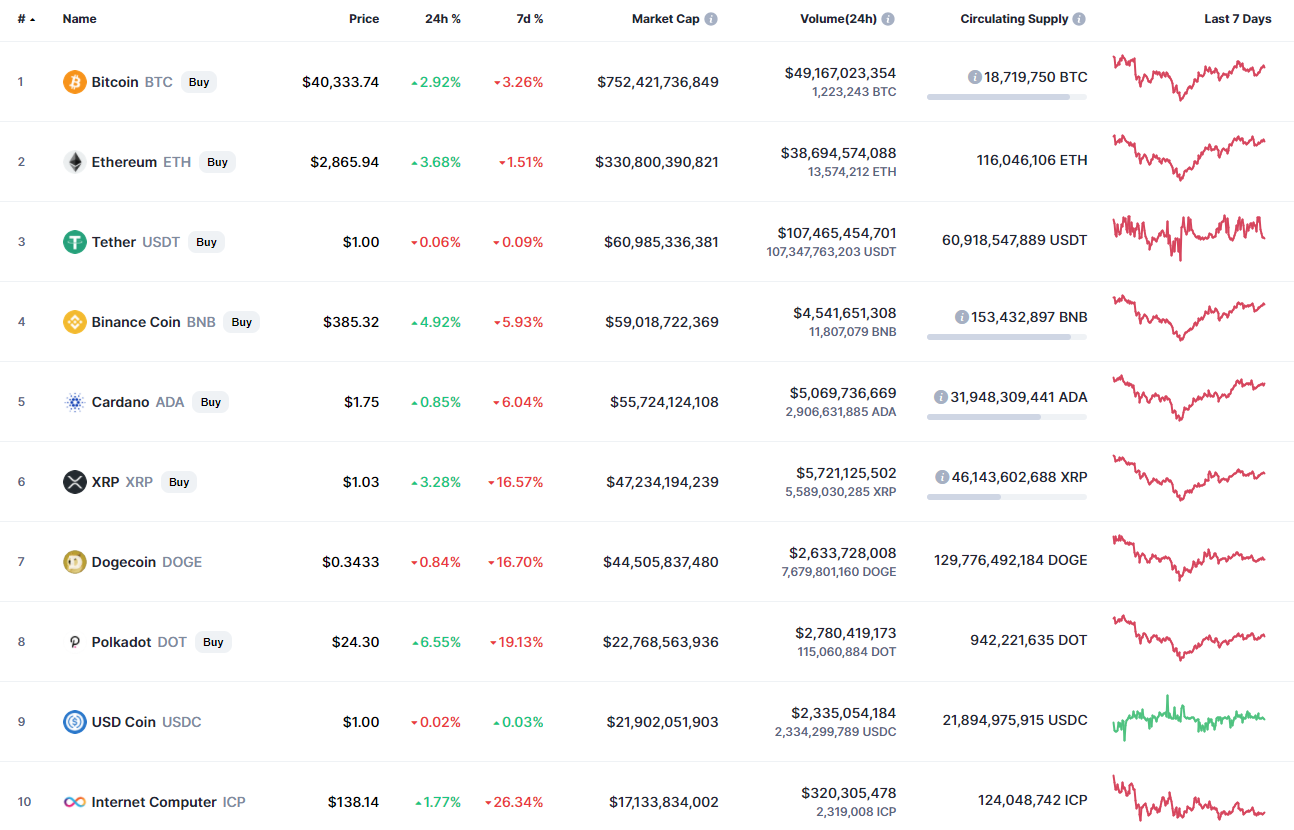 Bitcoin (BTC) is looking bullish in the mid-term projection as bears could not keep the price above $40,000. In terms of the future price action, the chief crypto has gathered enough power to continue the rise to the next resistance level at around $45,000.

The weakness of sellers is also supported by the low trading volume.

The rate of Binance Coin (BNB) has outperformed the one of Bitcoin (BTC), going up by almost 3%.

Binance Coin (BNB) is not an exception to the rule as the continued rise is also the more likely scenario for the native exchange coin. The low buying trading volume might be the only obstacle. In this regard, bears may show their strength in the area around $430. Such a price action is relevant until the end of the week.

Binance Coin is trading at $382 at press time.

DOGE has not followed the rise of Bitcoin (BTC) and Binance Coin (BNB) with a price change of -1.57% since yesterday.

Despite today’s price drop, there are low chances of a further decline of DOGE. At the moment, the popular altcoin is located in the zone where most of the liquidity is focused. If bulls can keep the rate above $0.30, the next target of $0.45 may be attained within the next few days.

Polkadot (DOT) has managed to show good price action, rising by 6% over the last 24 hours.

Polkadot (DOT) is following the chart of Binance Coin (BNB) as the current growth is not accompanied by a large selling volume, which confirms the weakness of bears. Even though the price is not far from the peaks, the next level at $32—where most of liquidity is focused—may be achieved shortly.

Uniswap (UNI) is the biggest gainer today, rocketing by 15%.

Despite the ongoing rise, bears might seize the initiative in the short-term scenario as the rise is not accompanied by the trading volume. That is why there is a possibility to expect a false breakout of the $32 zone.

Bitcoin Cash (BCH) is the second-biggest gainer today, rising by 7.11%.

The rise of Bitcoin Cash (BCH) may last until it reaches the mark of $933: the so-called mirror level at which a correction is possible. The low buying trading volume is another reason for a false breakout.

Bitcoin Cash is trading at $774 at press time.

Read More: Which coin can show the biggest price growth at the current bounce back?

Integritee, a provider of confidential computing tailored to the blockchain space that is vying for a parachain slot in...

Beyond bitcoin: These altcoins are super popular

One of the better performing pairs of cryptos this year are two related tokens that are geared toward online...

The growth of the Polkadot ecosystem has made it clear that many of the market’s chains are plagued by...

Cryptocurrencies are trading lower than their prices 24 hours ago, but all virtual coins remain more or less stable.Bitcoin,...