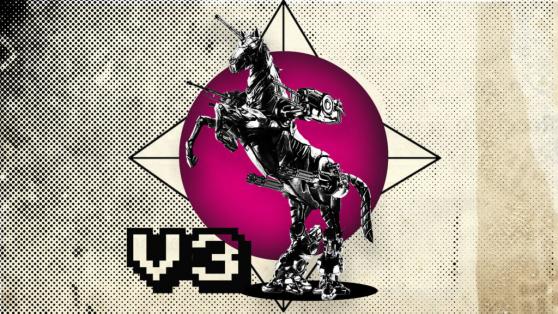 Uniswap v3 has hit a major milestone in record time after being launched early this month. The new iteration, which is an upgrade to v2, has surpassed its predecessor in daily transaction volume which is a testament to the number of new features that have been rolled into the decentralized exchange.

The rise in the popularity of DEX and DeFi has taken the financial industry by storm as the total volume in DeFi is pegged around the region of $14.92 billion and analysts predict a ballooning of this figure in the coming months.

Uniswap v3 was designed to be an improvement of v2 as the upgrade set its sights on attracting bigger investors and improving the experience of liquidity providers. True to its aims and objectives, Uniswap v3 has hit an impressive milestone which has seen it surpass the daily transaction volume of Uniswap v2.

In the last 24 hours, Uniswap v3 had a volume of $1,034,104,798 which gives it an impressive 13.79% of the DEX market share, surpassing Uniswap v2. In addition to this impressive showing, analysts have observed that the two versions of Uniswap have surpassed Bitcoin in terms of daily fee generation, having generated more than Bitcoin over the last few days.

This assertion is backed by data obtained from Cryptofees which indicated that Uniswap v3 generated $4.5 million in fees for the day with v2 accounting for $3.8 million in daily fees while Bitcoin lagged with $3.7 million.

Aside from leading the daily fees, Uniswap v3 also leads the weekly metrics over Bitcoin. Hayden Adam cleared the speculation that high gas fees were not responsible for the feat but swapping fees paid to liquidity providers resulted in impressive figures.

The Gift of Uniswap v3

Uniswap v3 differs significantly from v2 in terms of the features that are offered by the exchange. A leading upgrade is the introduction of concentrated liquidity which gives liquidity providers the power to decide what price range their capital will be deployed for.

The provision of stratification of fees allows liquidity providers to be rewarded appropriately in ways commensurate to the risk taken.

Furthermore, Uniswap v3 offers capital efficiency of up to 4,000x which allows users to earn significantly more than in v2. Oracles can be integrated on v3 which has the added functionality of providing TWAPS instantly for any period in the last 9 days.

These offerings and many more have been largely responsible for the epic milestones reached by Uniswap v3 in such a short span after it launched in May 2021.