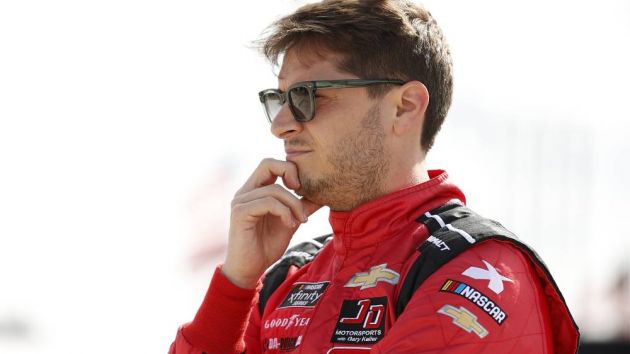 Nascar Xfinity Series driver Landon Cassill will be the first driver in the championship to be paid in cryptocurrency as part of a deal with Voyager.

The partnership, set to begin at the Nashville Superspeedway event, will span 19 races. Across the length of the contract, Voyager will pay Cassill a “market rate” in a “portfolio of digital assets”, which include Litecoin and Bitcoin.

“I can trade it out right away before the market changes or hang on to it as the market goes up or goes down, carve out a little bit, pay my bills with it and hold the rest,” Cassill told the Associated Press.

“There’s a handful of drivers that are into crypto, but I’m probably one that’s been in it for long enough that’s I’m pretty comfortable with how it works.

The cryptocurrency market is beginning to gain traction in motorsport. Recently, Rinus VeeKay ran a Bitcoin-sponsored car in the Indianapolis 500. Afterwards, VeeKay was joined by IndyCar drivers Conor Daly and Ed Carpenter at a Bitcoin convention.

Reclamation of the $106 support cushion, enabled LINK Coin to stage a recovery of 30% The press time price...

Digital currency (digital money, electronic money or electronic currency) is any currency, money, or money-like asset that is primarily...

Cryptocurrencies have been bullish for about a week, since the sudden reversal last Wednesday. In the days before the...

Cardano seems to struggle with the uptrend after hitting a barrier at $1.4. Litecoin corrects from $140 resistance but...

Crypto Sentiment Looking Increasingly Bullish, As Litecoin Bounces After Every

The sentiment in the cryptocurrency market seems to be changing in the last several days, since last Wednesday. A...