Why Uniswap V3 is such a big deal By BTC Peers 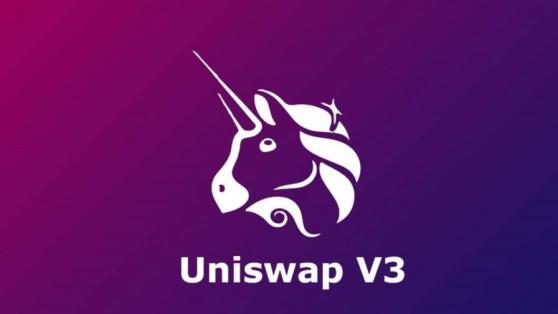 Why Uniswap V3 is such a big deal

About a month ago, Uniswap gave some insights into the much-anticipated Uniswap V3, an upgrade that has the potential to change the face of decentralized exchanges (DEXs). By introducing concentrated liquidity and multiple fee tiers, Uniswap V3 promises to be “the most flexible and efficient AMM ever designed.” It aims to significantly improve the quality of trade execution and capital efficiency.

Before discussing some of the upgrades to be introduced by V3, here’s a quick rundown of the previous versions.

In late 2018, the decentralized finance protocol launched Uniswap V1. The constant function maker x*y=k was a proof of concept that kick-started further innovations for automated market makers (AMMs). The simple equation enabled the decentralization of market-making and non-custodial trading.

In May 2020, Uniswap V2 was launched, introducing new optimizations. V2 laid the foundation for exponential growth in the AMM sector. For one, it enabled ERC20/ERC20 trading pairs, which was previously impossible since traders had to pair every asset with .

Since its launch, V2 has facilitated more than $135 billion in trading volume, making Uniswap one of the largest crypto spot exchanges in the world. Last month alone, Uniswap saw over $35 billion in trading volume and accounted for over 50% of the total DEX monthly volume. The total value locked (TVL) in the protocol has surged to over $4.7 billion this month. Comparatively, the entire value locked on all DeFi-based platforms is approximately $48 million.

Sadly, despite the impressive numbers, Uniswap and other AMMs protocols are inherently flawed. They are plagued with issues such as capital efficiency, impermanent loss (IL), high gas fees, slippage, speed, and multi-token exposure. Take capital efficiency, for instance, since AMMs distribute funds uniformly across a 0 to infinity price range, only capital allocated near market prices are utilized efficiently. A significant portion of these allocations is only available when the price curve begins to go exponential. Put differently, AMMs need far greater levels of liquidity to match slippage on traditional order book exchanges.

Uniswap V3 is meant to tackle some of these bottlenecks, particularly the liquidity problem and gas costs.

Concentrated LiquidityOne of the key upgrades that V3 will introduce is concentrated liquidity. According to Uniswap, this feature gives liquidity providers (LPs) “control over what price ranges their capital is allocated to. Individual positions are aggregated together into a single pool, forming one combined curve for users to trade against.” In other words, LPs will be able to make markets within customized price ranges and create individual price curves.

Furthermore, individual LP positions will now be combined to form a single pool and an aggregated curve for users to trade against. This setup eliminates the gas cost increase per liquidity provider. “Trading fees collected at a given price range are split pro-rata by LPs proportional to the amount of liquidity they contributed to that range.”

Tiered FeesUniswap V3 also features a tiered fee structure. Instead of the current 0.3% flat fee, V3 will introduce three tiers of fees for different pools – 0.05%, 0.3%, and 1%. The new structure will help LPs to streamline their margins according to the pair volatility. For instance, stable asset pairs such as USDC/DAI will be around the 0.05% fee tier. Meanwhile, riskier and non-correlated pairs like will be in the 0.3% range.

Uniswap V3 introduces other upgrades such as updated oracles. Overall, the upgrade will significantly improve AMMs. The effectiveness of the upgrade will be crucial to attracting new capital inflow to the DEX space.


Read More: Why Uniswap V3 is such a big deal By BTC Peers