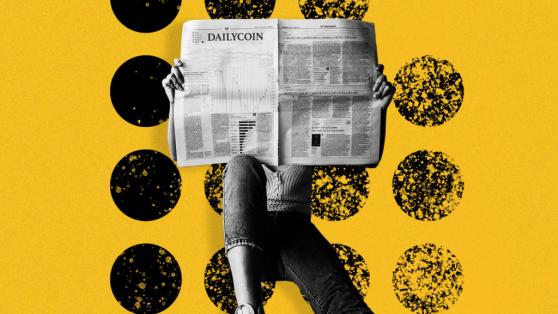 Read in the Digest:

El Salvador began installing ATMs as part of the government’s plan to make Bitcoin legal tender. Furthermore, citizens will be able to convert the cryptocurrency into U.S. dollars and withdraw it in cash.

According to the plan, the government will install 200 teller machines along with its digital wallet called Chivo, which, in local terms, means ‘cool.’

President Nayib Bukele also announced on Twitter (NYSE:) that transactions would be commission-free. Across the country, there will be 50 financial branches with an option to withdraw or deposit money. The government has also created a $150 million fund to back the conversions. Perhaps the plan is off to a success?

Binance experienced hard times during the last several months. DailyCoin already described this situation as a “whale being attacked by piranhas.” On the other side, there is such a phenomenon as the “Binance effect,” when minor coins were surging right after being listed on the exchange. Now, we can clearly observe if Binance still has something left in the tank.

Tribe (TRIBE) was listed on Binance and Huobi today. On the first exchange, available trading pairs are TRIBE/BTC, TRIBE/USDT, TRIBE/BNB, and TRIBE/BUSD. Tribe is the governance token of Fei Protocol, which is a fully decentralized DAO.

Solana Experienced Largest Institutional Inflows During the Past Week

After two months of outflows, digital assets are now replenishing with inflows. During the previous week, Solana became the most delicious tidbit for investors. To be precise, the project gained $7.1M. It’s the number one crypto of the previous week when compared to the others: $6.4M for , $3.2M for , $1.1M for Polkadot, and $1M for .

Solana also became the biggest price gainer of the previous week. It reached its all-time-high price of $81 and gained a foothold in the top 10 cryptos. One further reason for the surge was the use of its blockchain in an NFT project called “The Degenerate Ape Academy NFT.”

Tether’s printing machine was silent for approximately 2 months. However, the latest news revealed that Tether minted 2.3 billion USDT since the beginning of August. Moreover, it raised its market cap from $62 billion to $65 billion because of this action.

NFT News: Visa Bought CryptoPunk, SHIB on OpenSea, Justin Sun and His NFT of a Rock