Stellar (XLM) got dragged into the damaging flood caused by El Salvador that introduced Bitcoin as an approved payment method and reserve currency for the country. During the transition, a lot of issues occurred, and price action in Bitcoin got very choppy. This caused red lights flashing for investors and made them pull out their money short-term.

In the meantime, the dust is settling, and price action in XLM is looking for stable ground to build back up from.

Stellar looks like a good buy at $0.30 with the historical support from June 20

Yesterday, the break took out a few significant support levels that did not stand a chance against the massive selling volume. The most important ones were the descending red trend line, the 55-day Simple Moving Average (SMA) around $0.32 and the historical level at $0.30 that originates from June 20. With its six tests, a force to be reckoned with. But Stellar dipped toward $0.26, just a few cents shy of the S1 monthly support. Buyers stepped in and were able to run price action back up above $0.30. It was again showing the importance of this level, although it got broken yesterday. A side note needs to be made that probably on any typical trading day, $0.30 would hold and show support. On an extraordinary day like yesterday, however, it is pretty standard that these levels give way to the event at hand. 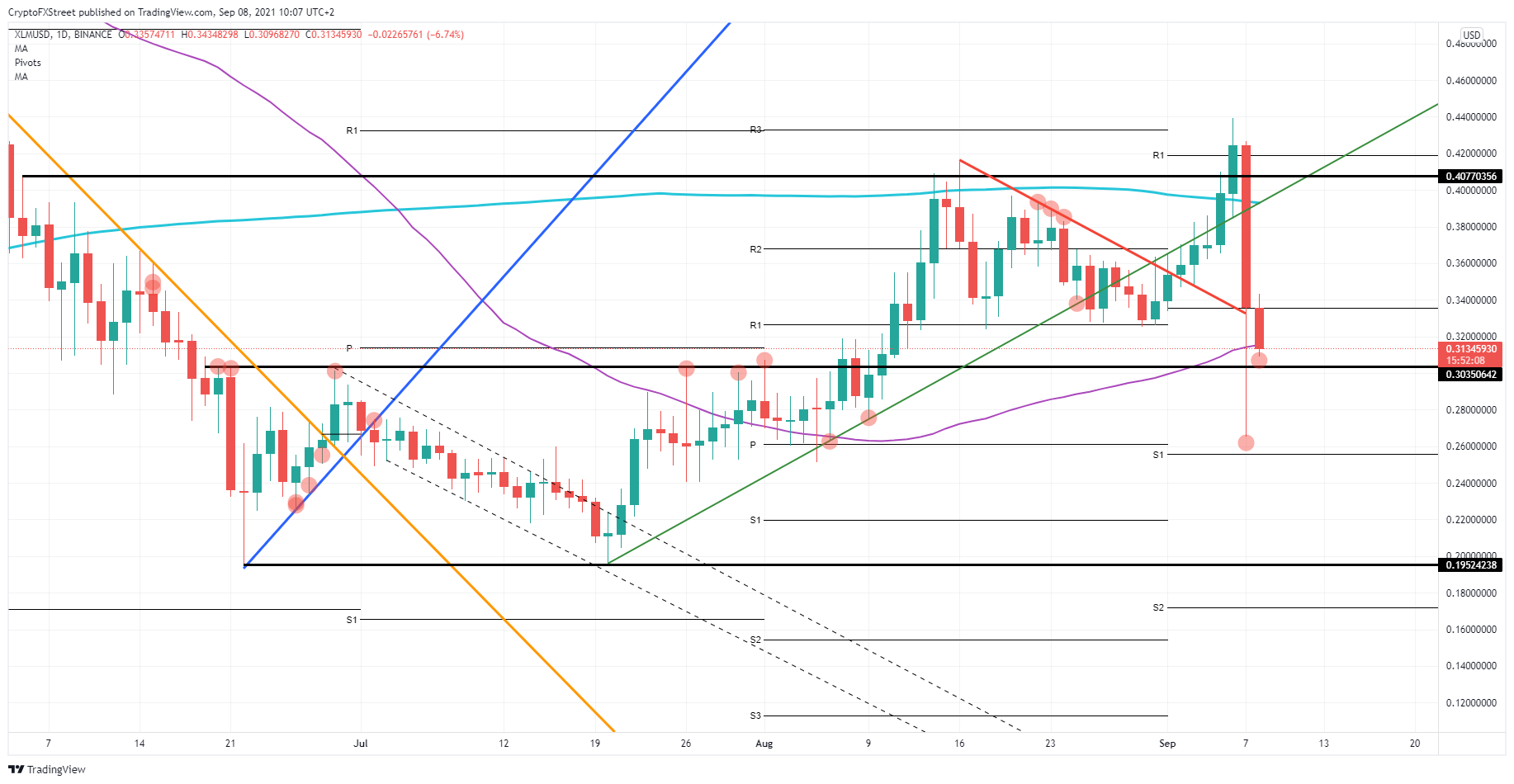 Expect some calmness on Wednesday to return to the markets. Buyers and sellers will reassess the situation, and buyers will see the opportunity to buy at $0.30 and higher up. Expect a return toward $0.34 in the coming days, and by next week Stellar could be retesting $0.41, having pared back the incurred losses from yesterday almost in full.

Stellar Lumens Price Prediction: What Next For XLM?

The Stellar Lumens price is under intense pressure as the sell-off in cryptocurrencies accelerates. The XLM token’s price collapsed...

VirTra’s (NASDAQ:VTSI) investors will be pleased with their stellar 159% return

When you buy shares in a company, there is always a risk that the price drops to zero. But...

In cryptocurrencies, Bitcoin prices today were trading above $51,000 mark after the world's biggest and best-known cryptocurrency rose back...

Stellar’s price jumped nearly 14% to touch $0.17 on the back of sustained buy-side pressure. Stellar (XLM) has pumped...

Can the crypto reach $1?

THE price of cryptocurrency Stellar has soared 253% over the past year. The cryptocoin, also known as XLM, has...