Why Avalanche, Terra Luna, and Uniswap Are Falling Off a Cliff Today

Regulatory scrutiny has been building for some time. Over the weekend, the Financial Stability Oversight Council has been weighing regulations on stablecoins — which are commonly used by investors as decentralized exchange to buy and sell crypto. Last week, Gary Gensler, chairman of the Securities and Exchange Commission, claimed that most DeFi tokens and stablecoins on the market are trading as securities and thus require regulation. 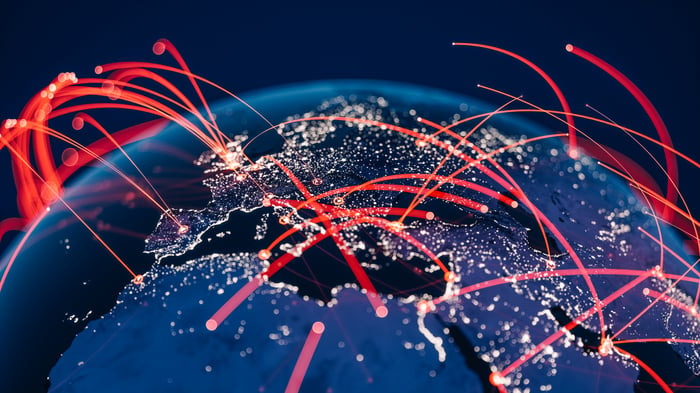 Avalanche is one of those blockchains whose DeFi services have been gaining significant traction. There is now $2.7 billion worth of capital spread out through its stake pools and decentralized applications, compared to just millions at the beginning of the year.

As for dual-token platform Terra Luna, its stablecoin TerraUSD (CRYPTO:TUSD) could be vulnerable to regulatory sanctions. TUSD currently powers transactions among millions of users in South Korea through payment app Chai. Investors could also lend out TUSD via its Anchor protocol for yields as high as 20% per year.

Finally, Uniswap is the most at risk from regulatory oversight. It is a decentralized exchange protocol that has facilitated more than $386 billion worth of trades among 1.5 million users since its inception last year. In addition to trading, users can stake their UNI in pools to provide trading liquidity for obscure crypto-crypto trading pairs and earn a percentage of trading commissions. Finally, a decentralized setup allows investors to bypass regulations and trade altcoins typically not listed on fiat-crypto exchanges like Coinbase or Binance.us.

As scary as all this looks, it’s important to keep in mind that the industry significantly favors the defender and not the attacker due to cryptography. Not only have there been no actions taken by the FSOC or the SEC, but there is no clear pathway to enforcement, either. For example, there are no central server location DeFi protocols by which regulators can simply jump in and seize. Users also transact by connecting their wallets to these exchanges, so there’s no way to shut that down save for governments turning completely authoritarian and seizing citizens’ electronic devices, scanning for wallets, interrogating them for their private keys, and deleting the wallets manually. Plus, there’s also the question of jurisdiction and sovereignty. For the sake of argument, if a South Korean investor swaps tokens with an investor in Ghana on a DEX made by Japanese developers, it’s hard to see why U.S. financial laws would be relevant.

Also, keep in mind that the SEC’s mandate stems from the Securities Act of 1933. And I highly doubt President Franklin D. Roosevelt thought about the rise of encrypted internet money when passing the act to restore trust in the stocks and bonds industry in the aftermath of the Great Depression. So not only is the legislation outdated, but Gensler himself even conceded that cryptocurrencies are innovative. Overall, there’s been a lot of regulatory fear, uncertainty, and doubt such as this since the sector came into the public eye. The rule of thumb is that unless something concrete happens (e.g., an outright ban that’s impossible to enforce), buy the dip.


Read More: Why Avalanche, Terra Luna, and Uniswap Are Falling Off a Cliff Today