What Happened: According to the report, Bitcoin (CRYPTO: BTC) remained the most used cryptocurrency among terrorist organizations’ funding efforts over the years. Hamas, a Palestinian Sunni-Islamic fundamentalist group of militants, raised close to $1 million in BTC over time.

“This is likely because Hamas actively solicits donations primarily in the form of BTC on their website and related Telegram channels,” said Coinbase.

Besides Hamas, al Qaeda and ISIS also received crypto donations solely in the form of Bitcoin.

In fact, it was only in August 2020 that a Saudi-led jihadi activist movement began receiving Ethereum (CRYPTO: ETH), XRP (CRYPTO: XRP), and other ERC-20 tokens as donations.

According to Coinbase, the movement’s leader has advocated for the recent Taliban uprising in Afghanistan and appears to have incited violence against governments and countries, including Pakistan, Israel and the U.S. on Twitter.

When Coinbase broke down the movement’s fundraising by currency, it discovered that altcoins were the primary source: XRP accounted for 39.7% of funds, Ethereum and ERC-20 tokens accounted for close to 20%, while Bitcoin made up slightly more than 40% of funds. 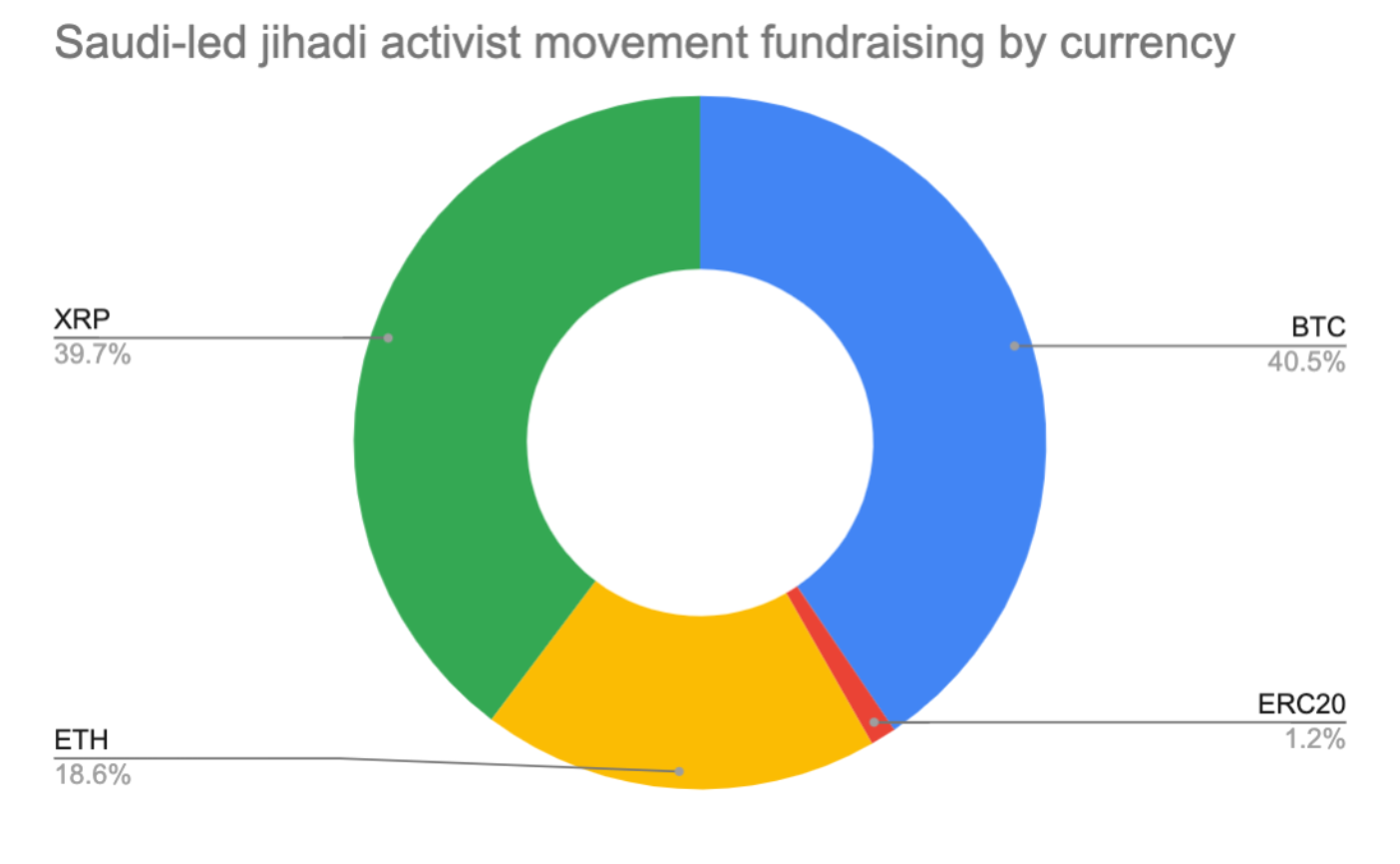 Despite the anonymity associated with cryptocurrency that would likely make it an ideal choice for financing terrorist-related activities, transactions associated with it made up less than 0.05% of all illicit volume.

Read More: Coinbase Report Finds These Cryptos Were The Most Used For Terror Funding –

Fantom has turned out to be a very interesting project, advancing in the DeFi industry and becoming a favourite...

XRP – How To Make Your First Half Million For BITSTAMP:XRPUSD By Cryptoezvip

A mixed start to the day saw Bitcoin rise to an early morning intraday high $61,476.0 before hitting reverse....

Guardrails needed for the cryptocurrency revolution

The Chinese Communist Party poses the most comprehensive 21st-century threat to the American nation, the American people and the...

XRP price is sitting above a key support level amid a prevailing downtrend. If Ripple fails to hold above...