Bitcoin Rebounds to $43K; Uniswap, IoteX, DYDX Rise, What To Watch, and Why It’s


Bitcoin dropped to fresh lows of $40,803 on Sept. 26 as a handful of cryptocurrency exchanges and service providers reacted to China’s new regulatory policies. As reported by Chinese crypto influencer Colin Wu, top crypto exchanges, Huobi and Binance have suspended the registration of new users in mainland China alongside service providers Spark Pool, Tokenpocket, NBMiner, Loopring which also restricted their services. BHEX Exchange had also announced its permanent closure on October 23 in line with the regulatory policies.

“The regulatory pressure in China this time may be very high,” Wu said on Twitter. “The exchange began to react.”

What To Watch and Why Its Time To Pay Attention

As noted by Colin Wu ”The market has soared in the last hour. ETH rose 9% and returned to $3,000. The actions of China’s CEX exchange triggered leading DeFi projects to lead the rise”.

Huobi is one of the most popular crypto exchanges among Chinese crypto users. The other two major exchanges used by the Chinese are Binance and OKEx. However, neither Binance nor OKEx requires new users to specifically disclose their country/region on the initial registration page.

Huobi Token (HT, -20.72%) remains significantly down in the last 24 hours as registrations for new users in Mainland China remain suspended while FTX (FTT token) being the most famous exchange in China among “non-Chinese operated” exchanges rose by 11%. The crypto influencer notes ”FTX registrations may also be on the rise. The Chinese community is sharing its registration link”.

He further states ”A large number of Chinese users will flood into the DeFi world, and the number of users of MetaMask and dYdX will greatly increase. All Chinese communities are discussing how to learn DeFi”.

dYdX is a decentralized derivatives protocol that enables trading & staking to earn rewards, dYdX community can also vote to govern the dYdX Layer 2 Protocol. This may seem to explain the rise seen in major DeFi tokens such as Uniswap, Chainlink, Aave, Sushiswap, Compound, and that of dydx (DYDX) over the last 24 hours.

Along these lines, on-chain analytics, Santiment notes that several Altcoins have entered the ”opportunity zone”. Stating: ”Several #altcoins have been hammered during this market-wide dip. Our MVRV model sees $ELF, $KNC, $STORJ, & $SNX as assets with the most pain that historically see reversals in this area” 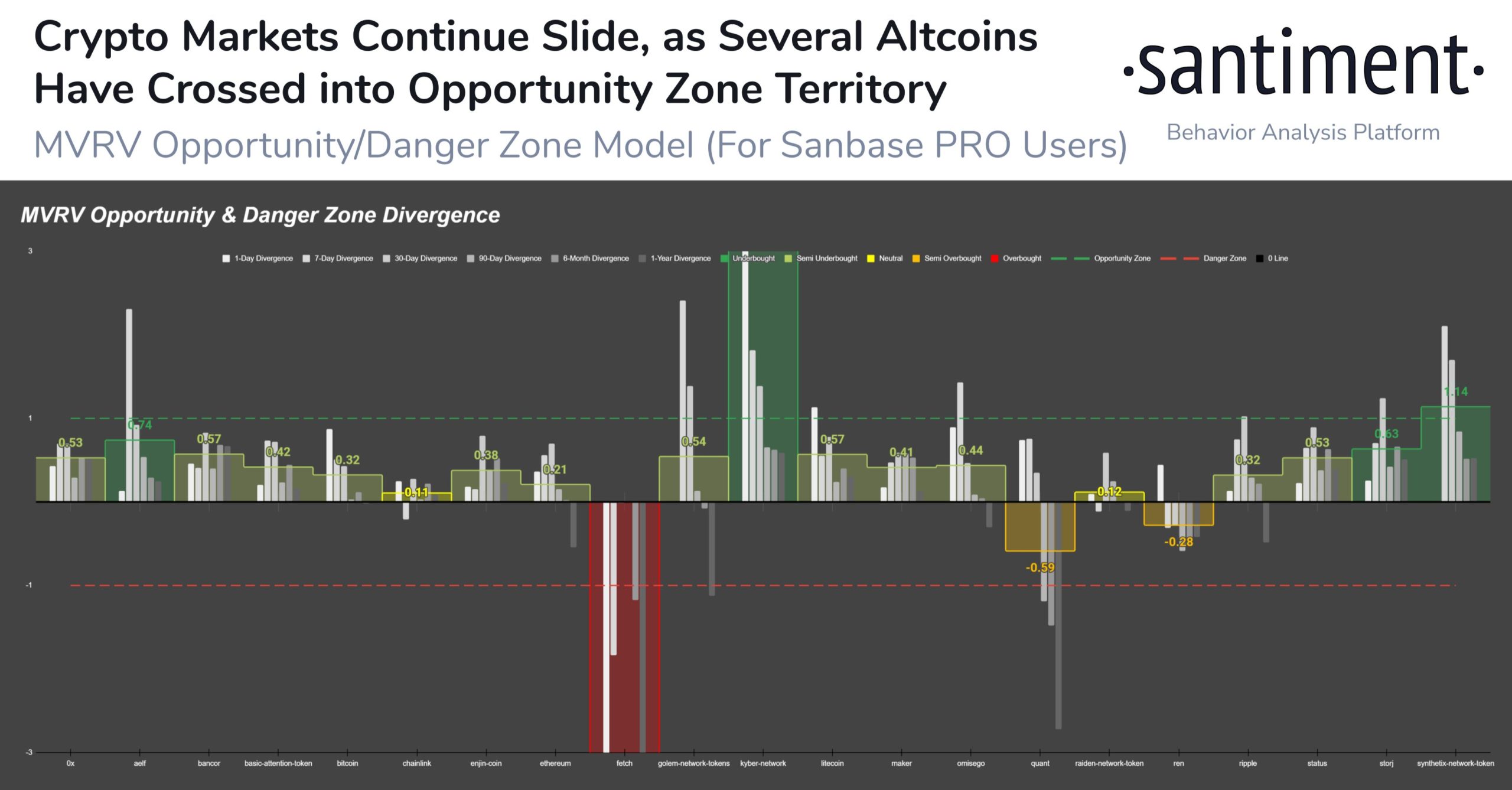 The on-chain analytics firm also noted that Ethereum may be presenting a great ”buy-opportunity” as token circulation on the ETH network hit its highest since June 22nd.

In the long run, it may be essential to pay attention as Crypto analyst, Rekt capital wraps it up in one word ”Historically, #BTC China bans have preceded short-term downside but long-term upside.”

Read More: Bitcoin Rebounds to $43K; Uniswap, IoteX, DYDX Rise, What To Watch, and Why It’s

Uniswap and what the chart tells us – Catching News

Uniswap was developed in November 2018 by Hayden Adams which came to facilitate automated trading of decentralized tokens. 3...

A look at three exchange based tokens, including Loopring (LRC), which could be in the initial phases of a...

How is Uniswap coping with the crypto-market’s consolidation

The market today has been bearish, but it’s part of the macro consolidation witnessed by everyone. However, Uniswap has...

Uniswap price is still trading inside an ascending parallel channel which is part of a daily bull flag. Considering...

Is $1 billion a day in volume the ‘new normal’ for Uniswap?

Leading decentralized exchange, or DEX, platform Uniswap continues to lead the sector as it nears an average of $1...

Circle announced today the launch of its trademark stablecoin USDC on top of the Hedera network. This action is...

Ethereum price must crack this key level before exploding toward $6,400

Ethereum price has presented a buying opportunity with a targeted move of 60%.  However, ETH is met with a...