Axie Infinity price action from September 9 to September 29 formed an inverse head and shoulder pattern. This technical formation contains three distinctive swing lows, with the central one steeper than the rest, known as head. The other two of comparable depths are known as shoulders.

A trend line drawn connecting the swing highs of these valleys reveals a resistance level referred to as neckline. A decisive breakout above the neckline forecasts a 28% ascent, obtained by measuring the distance between the neckline and the head’s lowest point. 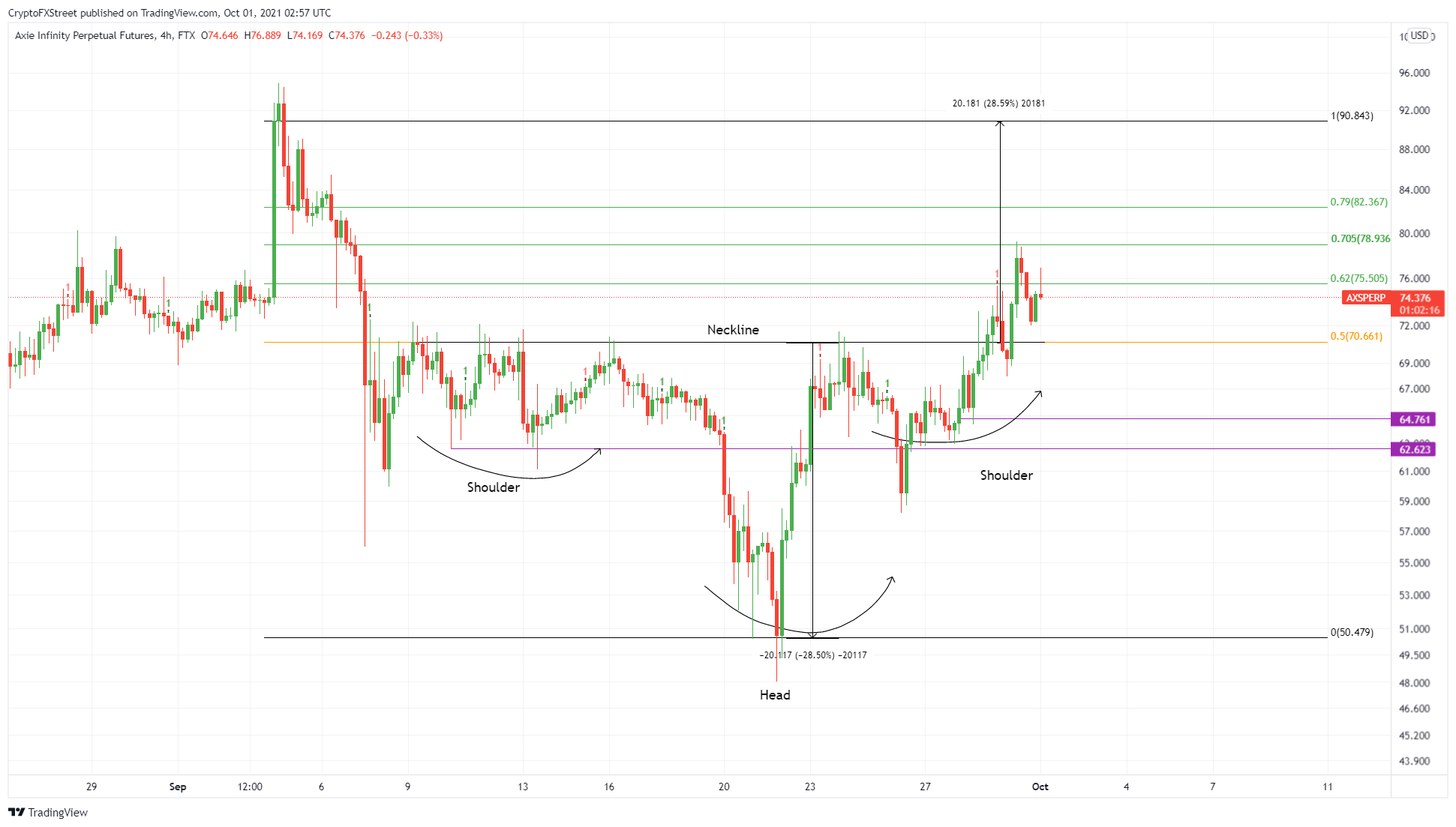 AVAX price has been the envy of bullish traders, rallying over 106% from the September open. However, a rising wedge has formed, signaling a deep corrective move ahead. There was some hope that the Coinbase listing announced on September 29th would propel AVAX back into the wedge and eliminate any bearish momentum, but the lower trendline of the wedge held as resistance.

The Coinbase listing, while bullish from a fundamental viewpoint, has almost always resulted in a pump and dump price action behavior. AVAX price was the definition of ‘priced in’ when it came to the announcement, with early buyers now eyeing the opportunity to take profit. 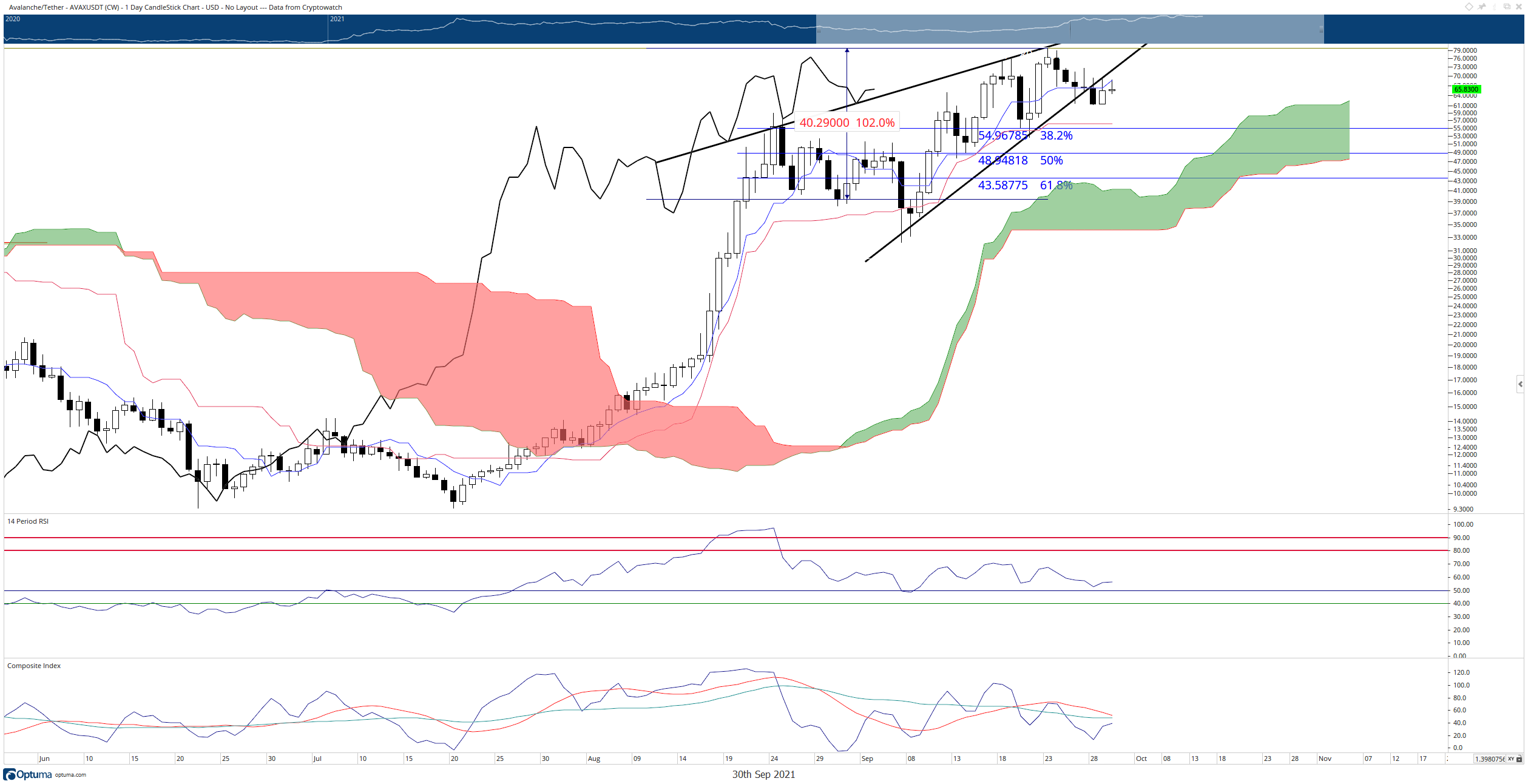 XLM price is a mixed bag of emotions. First, an extremely bearish event occurred when the Chikou Span closed below the Cloud. Then, an incredibly supportive response by buyers,  the Chikou Span back was propelled back up and into the Cloud and generated a 10% gain. However, a further rise was halted against and the market has yet to see any conviction by buyers.

Traders will likely observe a swift sell-off towards the $0.18 level if sellers breach the weekly swing lows at $0.25. 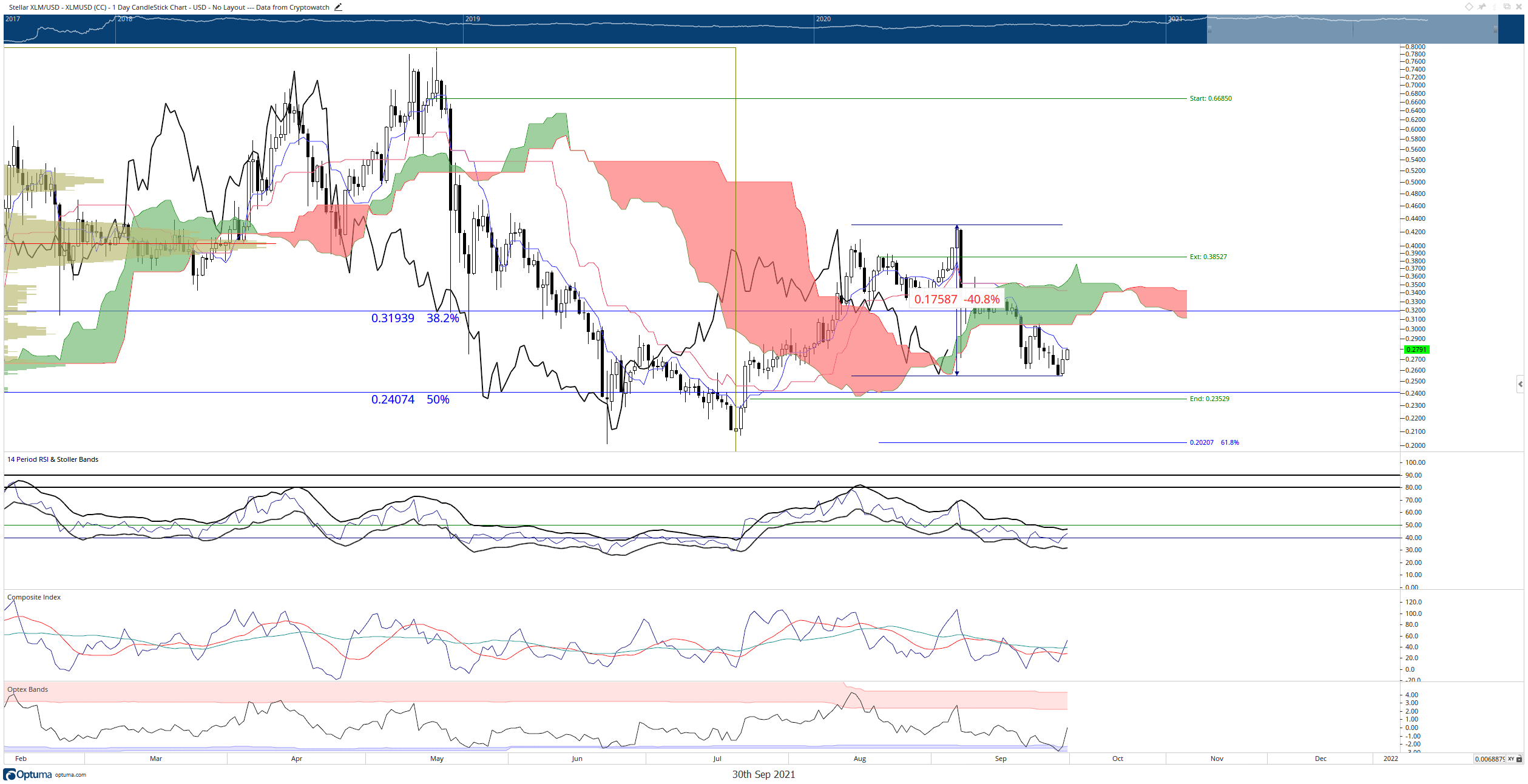 Institutional asset manager Grayscale has announced it will be converting its GBTC Trust into an exchange-traded fund (ETF) once...

Ankr Network, Stacks and Kadena rally while most altcoins cool off

Even with Bitcoin (BTC) price on the verge of a new all-time high, the cryptocurrency market projects an aura...

Anclap, a leading Latin American digital token issuer has created a stablecoin backed by Peru’s currency on the Stellar...

For well over 100 years, the stock market has stood on a pedestal above all other investment vehicles. Although...

Fintech startup Tala has raised $145 million in a Series E funding round to expand its financial services and...