Uniswap (UNI) has formed a bull trap in its downward trend. With bulls licking their wounds, expect fewer support at $22. A break would spell more downside risk towards $13 for October

Uniswap bulls wait for the stoplights to turn green, but support is weak

On that note, UNI bears are further dictating Uniswap price action with a well-respected descending trendline that forms the continuation basis of the current downtrend. This pushes price action further towards $21.05. Although in the past it has been quite respected in Uniswap, this level has been broken already too many times. 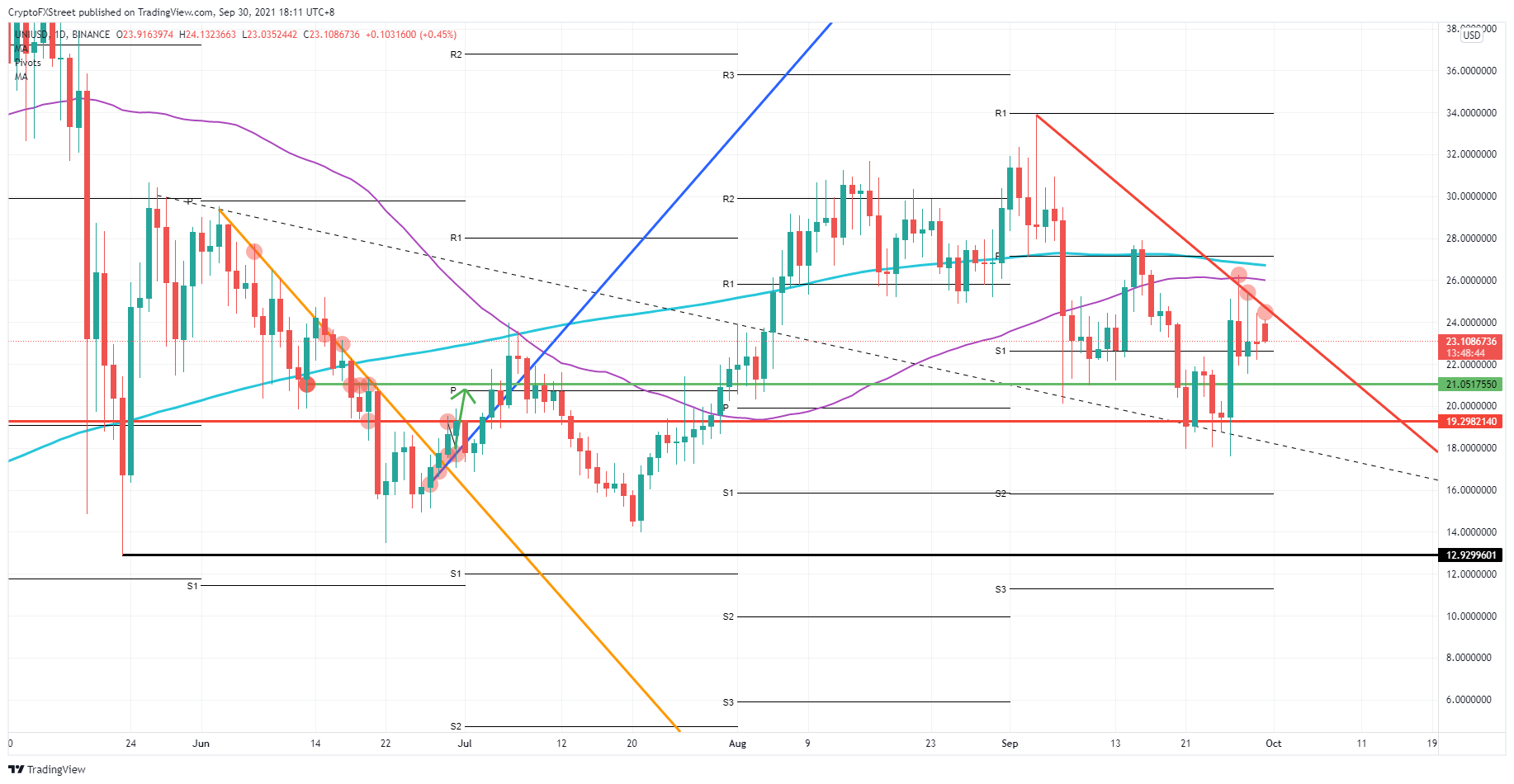 As bulls have been stopped on several attempts, these support levels will not be defended much more. As Uniswap prices will start to dip lower and lower, expect bears not to find too much resistance in their way. With that, $19.30 is in the same camp as holding some but not providing substantial support. This clears the road towards the $13 low from June 23.

Unless market sentiment can shift towards risk with some positive catalyst, Uniswap price action could see bulls come in rapidly and firing at all cylinders with a quick breakout trade above the red descending trend line. A first exciting price target would be $26, with both the 55-day and the 200-day SMA as resistances.

Read More: Uniswap price action could lose 44% if bulls can not defend $22

Uniswap price is consolidating below two crucial barriers, $27.48 and $29.49. A decisive close above 50% Fibonacci retracement level...

While Bitcoin hits the $63,000 mark, altcoins like SHIB and UNI show bearish signs. However, TRX seemed to follow...

Uniswap and what the chart tells us – Catching News

Uniswap was developed in November 2018 by Hayden Adams which came to facilitate automated trading of decentralized tokens. 3...

A look at three exchange based tokens, including Loopring (LRC), which could be in the initial phases of a...

How is Uniswap coping with the crypto-market’s consolidation

The market today has been bearish, but it’s part of the macro consolidation witnessed by everyone. However, Uniswap has...