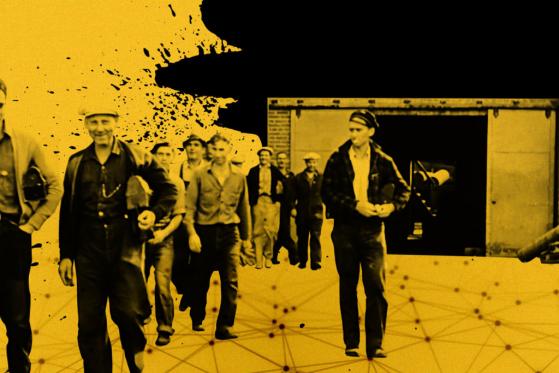 Deemed the fastest blockchain in the world, Solana has grown at a breakneck pace. The growth of the network has seen the price of its native token SOL hit a new all-time high of $247.62 on November 4.

Over the last seven days, Solana has gained more than 25%, as the price pushed to $247.62. Solana has broken into the top four cryptos as it hit a new ATH, displacing . At the time of this writing, Solana has a market value of $72.01 billion.

Solana’s performance has caught the attention of institutional investors, including Chamath Palihapitiya. The venture capitalist has revealed a co-leading position in the $8 million seeding round of Syndica, a Solana infrastructure developer.

The Price of Shiba Drops as Whales Awaken, and Scrutiny of SHIB Concentration Increases

Decentralization has been one of the major selling points of cryptocurrencies, and this was evident in the GameStop (NYSE:) vs. Wall Street saga. But, unfortunately, the recent star of the crypto show, , doesn’t seem to follow in that vein.

According to a new discovery, only ten wallets own as much as 72% of the coin in circulation. In addition, scrutiny into the ownership and centralization of Shiba Inu has increased following a whale dump worth $2.3 billion.

On Tuesday, November 2, a Shiba whale whose wallet has been inactive since last year moved approximately $2.3 billion in four transactions of exactly 10,000,000,100,000 SHIB. The price of SHIB has dropped more than 20% since the transaction came to light.

The idea of decentralization endeared more people to crypto, but hints of centralization in Shiba have prompted some fear in the community

Decentralized Finance (DeFi) is growing at a tremendous rate, and (XRP) holders could soon join the development. Wrapped.com had announced preparations to launch a Wrapped XRP (wXRP) on the (ETH) blockchain by December.

Currently, the network can only handle sending, receiving, and holding XRP. However, when wXRP is launched, XRP holders will interact with DeFi protocols, including borrowing and lending via smart contracts and swapping for altcoins with their native tokens.

The total value locked (TVL) in decentralized finance (DeFi) protocols has hit a new all-time high. In Mid October, the TVL in DeFi reached a new height of $200 billion.

The total value locked in DeFi on November 4. Source: DefiLlama

XRP’s foray into decentralized finance could benefit the crypto, which has largely struggled since its SEC battle.

New York Mayor to Make the City Crypto-Friendly, and Crypto is Helping Americans Quit Their Jobs

Despite continuous calls for regulation, cryptocurrencies continue to gain ground in the United States. Following in the steps of Miami and its pro-crypto mayor, Francis Suarez, the Mayor-elect of New York City, Eric Adams, says he wants to make New York City “crypto-friendly.”

The first step for Eric Adams in transforming New York into a crypto-friendly city would be the creation of a city coin, NYC Coin. He added that he’d be looking into what’s inhibiting the growth of crypto in NYC as he attempts to use crypto as an avenue to stimulate financial growth in the city.

A Civic Science survey validates the growing interest in and adoption of crypto. According to the survey, 38% of active stock traders in the United States have invested in crypto, with approximately 23% doing so for short-term gains.

More interestingly, the study discovered that 4% of Americans had quit their jobs after getting significant gains from investing in crypto assets. According to the study, low-income earners are more likely to quit.

Cryptocurrencies have provided an alternative source of income for many, and for some, it has provided life-changing levels of income.

(BTC) and Ether (ETH) have turned down from their respective overhead resistance levels, suggesting that bears continue to sell...