What Is Cryptocurrency Coin Burning?


If you keep up with cryptocurrency at all, it won’t take long to hear about coin burning, a method of cutting a coin’s supply that became popular around 2017. As you often see in cryptocurrency, it has been copied almost endlessly since then.

With coins large and small, there’s news about how the developers burned millions, billions, or even trillions of tokens. In this article, you’ll learn exactly what cryptocurrency burning is and why developers do it. 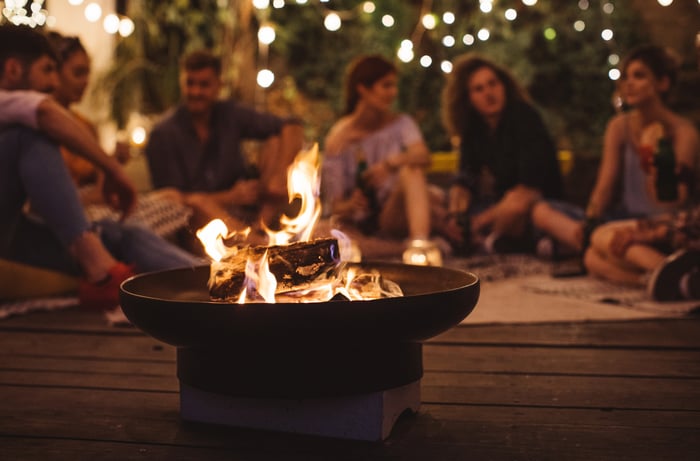 What is coin burning?

Coin burning happens when a cryptocurrency token is intentionally sent to an unusable wallet address to remove it from circulation. The address, which is called a burn address or eater address, can’t be accessed or assigned to anyone. Once a token is sent to a burn address, it’s gone forever.

Anyone who owns a cryptocurrency can burn it, but it’s not exactly something you’d want to do for no reason since you’d essentially be throwing money away.

Most of the time, it’s the developers of a cryptocurrency who decide to burn a certain amount. Coin burning reduces the supply, making tokens of that cryptocurrency scarcer. That scarcity can lead to an increase in price and benefit investors.

There are a couple of caveats to mention about coin burning. It isn’t guaranteed to increase the crypto’s value. In fact, many see little to no benefit from it.

A cryptocurrency coin burn can be used to deceive investors. Developers can claim to burn tokens when they’re actually sending those tokens to a wallet they control. To avoid this, it’s important to do your research on the crypto you’re investing in or stick to safer cryptocurrency stocks.

Developers also burn tokens as a way to hide whales who hold large portions of a cryptocurrency. Let’s say a developer launches a cryptocurrency with 1 billion tokens, keeps 100 million, and immediately burns 600 million. It will look like the developer owns 10% of the supply because the original supply was 1 billion. But the developer really owns 25% of the 400 million tokens still in circulation, which is obviously a much larger amount.

How did coin burning begin?

The idea behind coin burning dates back to well before cryptocurrency. It’s very similar to, and likely inspired by, stock buybacks.

A stock buyback is when the company that issued the stock buys shares back at the market price and reabsorbs them, reducing the number of total shares in the market. While buybacks and coin burning aren’t an exact match, they’re similar concepts that can serve the same goals.

Coin burning started becoming popular with cryptocurrencies in 2017 and 2018 when multiple coins, including Binance Coin (CRYPTO:BNB), Bitcoin Cash (CRYPTO:BCH), and Stellar (CRYPTO:XLM) burned tokens to cut supplies and boost prices. More recently, it has been a common strategy with newer cryptocurrencies that start out with massive token supplies.

One of the main reasons coin burning has caught on lately is because it allows cryptocurrencies to start out at cheap prices and then artificially increases their value once people have invested. A new cryptocurrency can launch with 1 trillion tokens worth a fraction of a cent and attract investors because of the low price. Later, the developers can burn billions of tokens to raise the price.

What coins are able to be burned?

Here are a few notable digital currency tokens that have been burned and the circumstances surrounding these events:

What is proof of burn?

Proof of burn is a consensus algorithm that blockchains can use to validate and add transactions. It’s used to prevent fraud and ensure that only valid transactions go through.

With proof of burn, crypto miners need to burn their own tokens to earn the right to mine new blocks of transactions. The more tokens they burn, the more they can mine. In return, participants receive rewards in the cryptocurrency they’re mining.

Some proof-of-burn cryptocurrencies require that miners burn the same currency that they’re mining. There are also some that let miners burn other types of crypto.

The advantage of proof of burn is that it’s an efficient way to validate transactions and doesn’t have the energy requirements of the proof-of-work model.

Here are the main applications for coin burning:

Grayscale Investments has launched a solana trust. The company now has nearly $54 billion in total assets under management....

This November, The Fintech Times is looking to broaden the understanding of digital currencies, ranging from blockchain’s use outside of crypto...

Bitcoin to pay for diamonds: the new project of an Australian startup

Your Diamonds is an Australian tech startup, born from an idea of ​​Tim Goodman, former executive president of Sotheby’s...

Investors drawn to cryptocurrencies can be forgiven for having an expectation of high returns, especially lately. After all, even...

On Nov.4 Stellar Lumens announced the completion of a 50% token burn of their total supply. This led to...

MoneyGram International, Inc. MGI has partnered with the Stellar Development Foundation, a non-profit organization. This entity supports the development...