Uniswap governance’s vote on a community grant that would give Flipside Crypto, an analytics firm, $25 million in UNI tokens seems to have come to an end after a bit of controversy. The said proposal has now been canceled after Dune Analytics and other members took a stand against it.

The controversial grant offered $25 million to analytics firm Flipside with an oversite committee, among other things. However, Dune Analytics took to Twitter, arguing this grant belonged to the community members and not service providers.

Jason Choi, general partner at The Spartan Group, pointed out that the oversight committee members had a conflict of interest since it was comprised of Flipside Crypto investor Nic Carter and CEO Dave Balter.

After hours of debates, Twitter replies and threads, the grant seems to have been canceled after garnering 46.9 million votes against it.

On this note, Dune Analytics tweeted,

We recognise @flipsidecrypto’s early efforts in putting @Uniswap funds to work, but are for aforementioned reasons glad todays proposal did not pass. We’re happy and eager to engage with the $UNI community to help enable community analytics in the best possible way going forward.

UNI price retraced roughly 19% after rallying 51% from August 3 to August 16. This pullback has allowed bulls to replenish their momentum and come back stronger, which can be noticed as Uniswap price climbed 2% after testing the $25.39 support level.

The confirmation of the upswing will arrive after UNI price produces a decisive 12-hour candlestick close above the $30.05 resistance level and set up a swing high above the August 16 high at $31.31.

This move could trigger the sidelined buyers to jump in, pushing Uniswap price toward $35.03, roughly 25% away from the $25.39 support barrier. 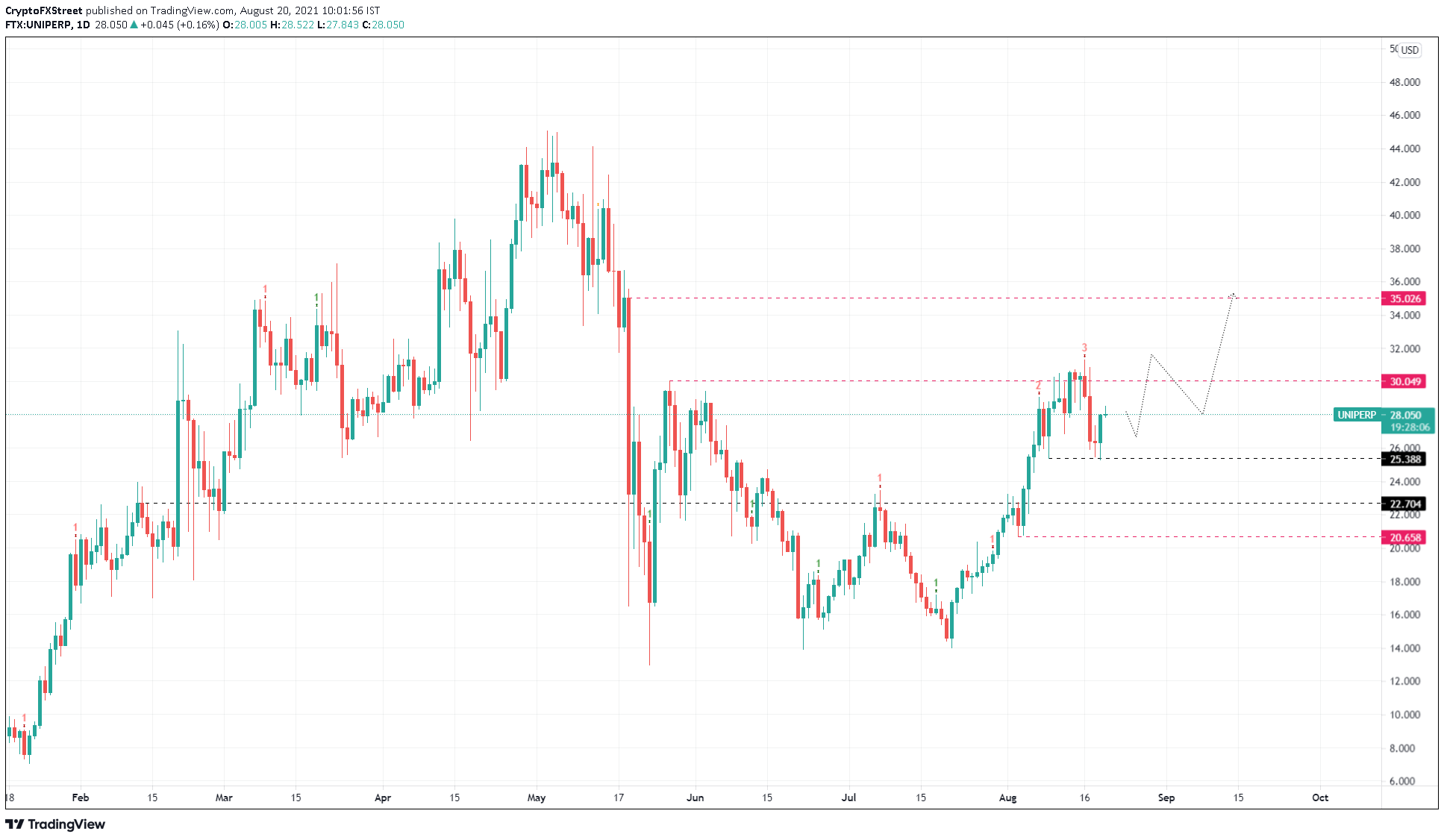 On the other hand, if the upswing does not have enough buyers backing it, there is a high chance it will revert and breach the $25.39 demand barrier. This move will push UNI price down to $22.70, a breakdown of which will invalidate the bullish thesis.

In such a case, Uniswap price might tag the $20.66 support level.